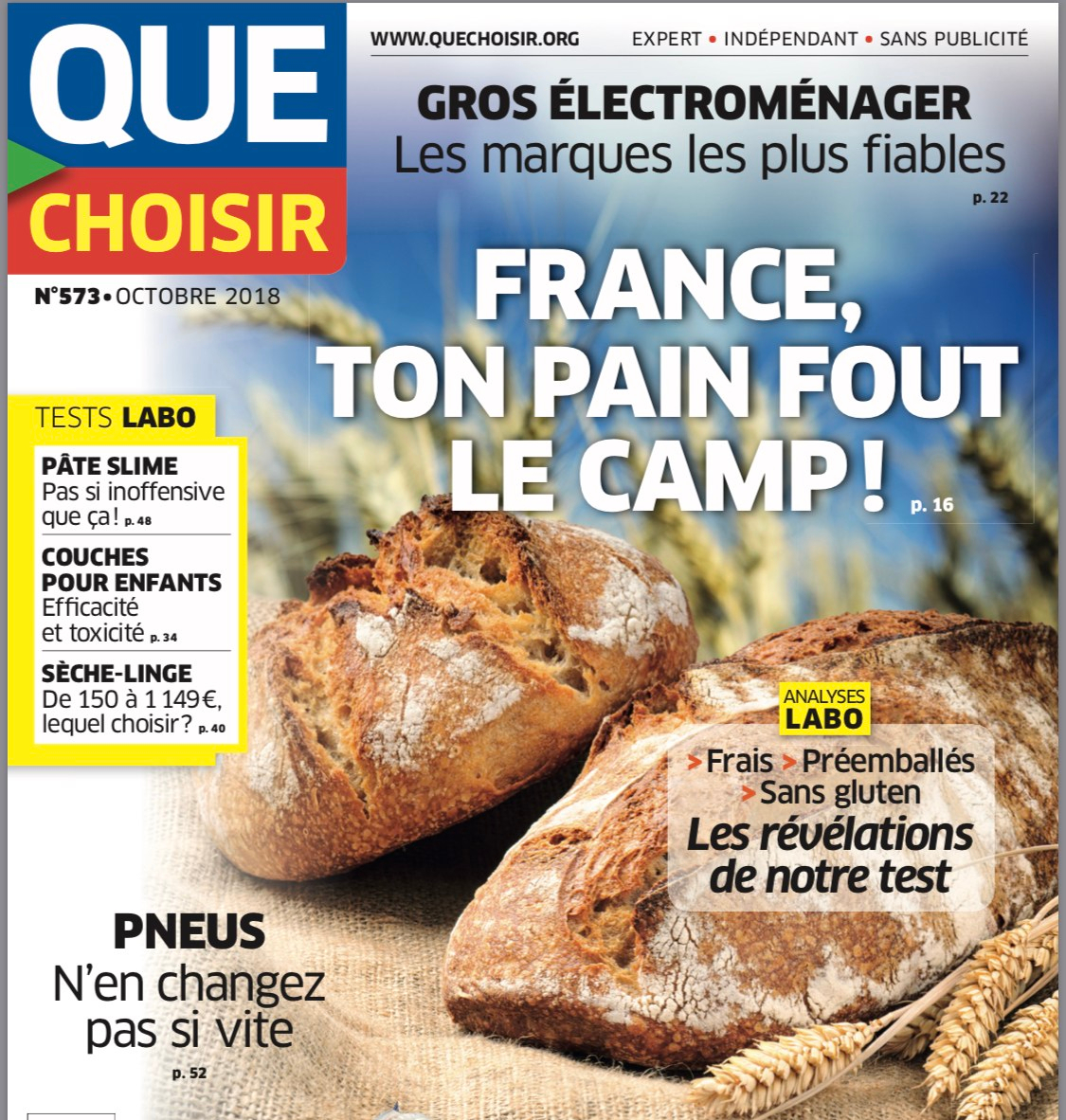 Gluten-free, but not without additives.

Accused of many evils and more and more industrialised, the daily loaf of bread is now “dans la panade” – in a sticky situation.

Some consumers are turning to gluten-free breads, seduced by “well-being” marketing campaign despite unrestricted regulation of ingredients. Consumed by personal needs or by fashion, these represent a potential market of more than 10 million consumers.

A team of researcher from consumer magazine <<QUE CHOISIR- What to choose>> has this to share:
Their test shows, quality of Gluten-Free breads are variable. Using the reference of The Country Bread, which is the most consumed behind the baguette, is defined with a slightly tangy, based on sourdough starter, commonly made with wheat flour or semi-wholegrain flour, with or without rye flour.
But many gluten-free breads (ie. without wheat or rye flour) display the names “countryside”, “country”, “farmer” or other names referring to the same ideas of rusticity and authenticity. To compensate for the absence of the texturing properties of gluten; like a framework of proteins, to avoid a flat and compact loaf of “bread” – gluten-free “bread” manufacturers add oils, gums, emulsifiers, bamboo fibre, beetroot or potato … A bric-a-brac non-traditional ingredients and additives that move the Country Bread away from its original recipe.

Because of special “modern” diet or intolerance to gluten (un-denatured protein), consumers of gluten-free breads opt out gluten, however, they are introducing additives, replacers and other unnecessary ingredients into their body. 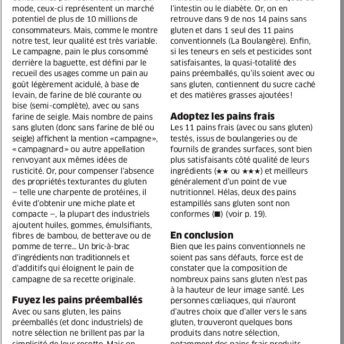 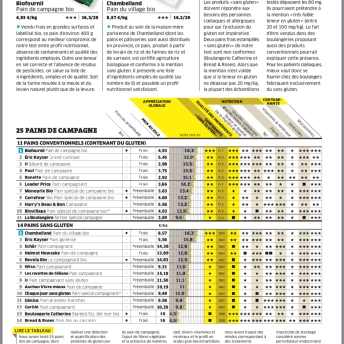 With or without gluten, the prepackaged industrial breads of their selection do not shine by the simplicity of their recipe. But they see that the number of gluten-free bread ingredients (18 on average, including 3 to 5 additives) is even greater than that of conventional prepackaged bread (around 10 and little or no additives) and some gums used to reproduce the effects of gluten (including the starch gelatinisation during baking) can cause intestinal discomfort in case of high consumption. In addition, emulsifiers are to be avoided, as some studies suspect them of promoting inflammatory bowel disease or diabetes. However, it is found in 9 of their 14 gluten-free breads and in only 1 of 11 conventional breads (La Boulangère). Finally, if the levels of salts and pesticides are satisfactory, almost all pre-packaged breads, whether with or without gluten, contain hidden sugar and added fat!

Although conventional breads are not without flaws, it is clear that the composition of many gluten-free breads does not live up to their healthy image. Celiac people, who will have no choice but to go gluten-free, will find some good products in their selection, including fresh breads made in bakeries that are exclusively gluten-free. For others, it is better to opt for a conventional bread with simple ingredients and often much cheaper!